Orders typically ship from our Canadian warehouses in 1-3 business days.

Bundle to save big: Get up to $100 off our sleep collection 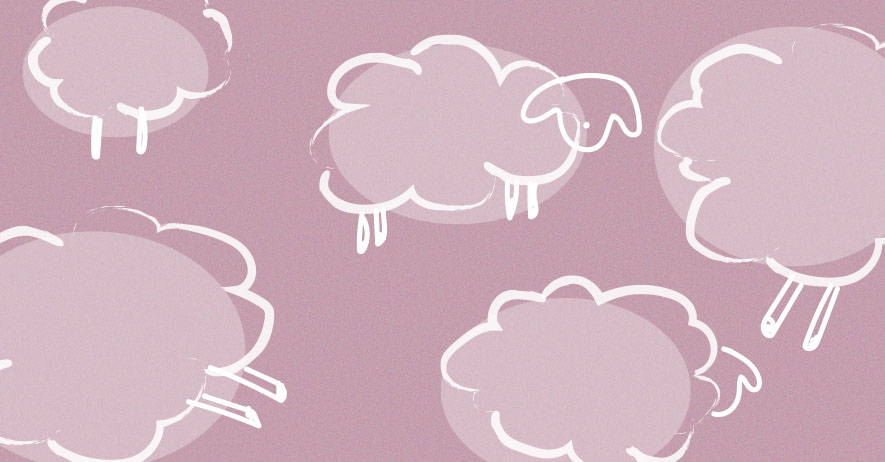 Origins of Counting Sheep and Does It Actually Work

We can all imagine it: an endless flow of white wooly sheep uniformly leaping over a fence.

Despite how culturally aware we are of this image, it’s a little baffling to find out there’s no definitive answer for how counting sheep to fall asleep permeated our culture. We see it in TV cartoons and comics. It’s also become a common to turn of phrase for how to catch some Z’s too.

According to Mental Floss, some attribute the story’s origins back to medieval Britain, where shepherds who used communal grazing land were obligated to keep track of their sheep, thus forcing them to count each one every night before bed.

Another possible origin is Disciplina Clericalis, a 12th century Spanish book of fables, which suggests that the act of counting sheep has been a part of Islamic culture for centuries. There was a King who had his storyteller tell him one tale every night, and after a day of taxing royal affairs, he asked the storyteller to tell him more because one wasn’t enough. The storyteller obliged and shared the story of a countryman who bought 2,000 sheep at the market, but after realizing there was no bridge to bring them home, he found at little boat and planned to transfer them over two at a time, counting as he went to make sure he had his whole flock.

Classic storytelling is likely to explain how this story has been passed down. Even Miguel de Cervantes’s Don Quixote adapts this story, though it substitutes sheep for goats.

Origin aside, the bigger question remains: does counting sheep help you fall asleep? Some say it’s a tired technique, suggesting that individuals would have an easier time dozing off by imagining their own tranquil scene (e.g. waterfall or babbling brook) than spur up more brain activity by picturing leaping sheep. In a lecture by doctor Andrew Weil, he suggests that the 4-7-8 breathing technique is the most effective way to promote sleep because intentionally slowing down the rhythm of your breathing will have the same effect on your heart, thus relaxing your body and mind.

Whether you count sheep, try breathing techniques, or use gadgets and apps, we hope your mind is coaxed into dreamland by ways beyond staring at your ceiling.

We're taking care, so you can sleep soundly

Thinking about gifting an Endy product this year? The table below shows cut-off dates for delivery on or before December 24, 2021. If you live in a larger city, find your extended cut-off date here.

*Delivery dates may vary in certain rural areas of Canada. These guidelines are estimates, based on recent service levels. They could change based on weather, higher-than-expected shipping volume, or any unforeseen delays. Learn more about city-specific delivery deadlines and additional details →

Be the First to Know When It’s Restocked

*By signing up, I agree to receive Endy newsletters. Unsubscribe anytime.

Exclusive Offers at Your Fingertips

By submitting this form, you agree to receive marketing messages from Endy by text to the cell phone number provided on sign-up. You can unsubscribe any time by texting STOP to +1 (855) 924-5321. Standard msg & data rates may apply.

By submitting this form, you agree to receive marketing messages from Endy by text to the cell phone number provided on sign-up. You can unsubscribe any time by texting STOP to +1 (855) 924-5321. Standard msg & data rates may apply.